Latin from Scratch › Fun with Latin!

Some goofy short articles to have fun with Latin and historical linguistics.

And a ham! This very Spanish expression means that you are firmly opposing another person’s proposal; it’s the equivalent of the English “no way!” or “yeah, right!”. We could say it’s now old-fashioned, since it’s being replaced by other similar expressions, more vulgar, namely ¡y una mierda! ‘and a shit!’, etc. However, it will always be […]

Do you study or work? Vintage and old-fashioned (though still used) Spanish pick-up line that should be better rendered as: “Do you study or are you a NEET?”. Now, “Come here often?” is preferred, although this one is starting to stink too. We have a disjunctive question, which in Latin are in the indicative, unless there’s some […]

For if the flies! This is a common expression in Spain (and probably in other Spanish-speaking countries) used as a “disclaimer”: you are doing something “just in case”, because “better safe than sorry”, etc. I’m taking 50 euros to buy the paper… for if the flies! No matter how hard you try to give a linguistic […]

Hi y’all, friends! Hi there! My name is Latinissimus, and I’m here to translate typical Spanish and English sayings into Latin. My intention is to explain, for each sentence, some linguistic and/or cultural feature, either about the original saying or its translation. In the very first one, I’ve tried to reflect some (Spanish-speaking) people’s preference […]

Sir Terry Pratchett has died. May this post be our farewell: sit tibi terra levis. The Romans basically had an obituary literary genre: not so much variety, but quite solemn. In his Small Gods, Pratchett wrote something that could pass for a Latin original (if in Latin, of course): Time is a drug. Too much of it kills you. Terry […]

You’re full of shit! As you should know, the sentence “you’re full of shit!” means that someone doesn’t believe what someone else is telling him. Not only that: the hearer is offended because of how ridiculous is for the speaker to think that he would get away with his lies. The Latin translation is easy. It should be […]

What a heat, my sour! It’s so hot in July! It’s very common to complain about how hot the weather is. Even more in Seville, the hottest city in Spain. There’s a typical Sevillian expression, mi arma (literally ‘my weapon’) used only in vocative function by very old people or very Sevillian people. The origin, though, is mi […]

Dogs shouldn’t be tied with longaniza First, longaniza “is a Spanish sausage (embutido) similar to a chorizo”. This saying has a few versions, but the general meaning is that resources shouldn’t be wasted lightly. The positive version, such as “In John’s house, they tie the dogs with longaniza”, means that John’s family is very rich (or […]

Straight from the horse’s mouth This idiom is just one among so many that deal with horses. It means, as you probably know, that the information has been obtained from a trustworthy, reliable source, probably the original one. The origin seems to be the habit of looking into a horse’s teeth to discover its age, since […]

When in Rome, do as the Romans do The Spanish equivalent of this idiom is Donde fueres, haz lo que vieres “Wherever you go/are, do whatever you see”, which isn’t as expressive, but has a couple of verbs in the future subjunctive (a tense most Spanish-speaking people don’t even know about). The English idiom, literally translated into Latin […] 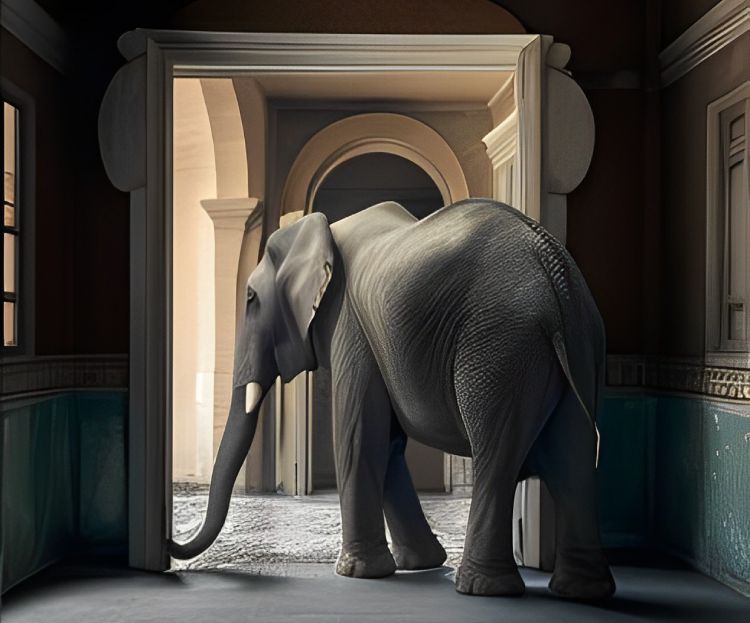 Elephant in the room According to Urban Dictionary, this idiom refers to “a very large issue that everyone is acutely aware of, but nobody wants to talk about“; sometimes it’s a white or pink elephant. There’s nothing similar in Spanish, though stories like «The Emperor’s New Clothes» in Tales of Count Lucanor have existed for centuries. The Latin […]

Spill the beans! This idiom is an “invitation” to divulge a secret. There are some folk etymologies involving the Greek ballot system, but there’s consensus that its origins take place in America in the 20th century. The Latin translation is easy, but the interesting thing is the accusative fabas, which is probably related to “bean” […]

Salve! This is Paco, your Latin teacher!

Do you love classics? Are you interested in Latin? Would you like to receive cool emails about that stuff?

Of course I would!